So here we are once again!

Some days ago playing Magic The Gathering with some friends an issue arose. Seve, playing with cards that allow the player to go above the initial amount of lives or health points, went far beyond making difficult to track his health even with two 20 faces dice.

Luckily, at some point we acquired a few ESP32 boards and a couple of peripheral sets for arduino. The idea was to build a counter so that it could display in a screen both players’ health points removing the hassle of having to keep state with physical means like tokens or dice.

After some tinkering and hardware testing (one of the two screens we had laying around refused to work) and some iterations after, we achieved this result: 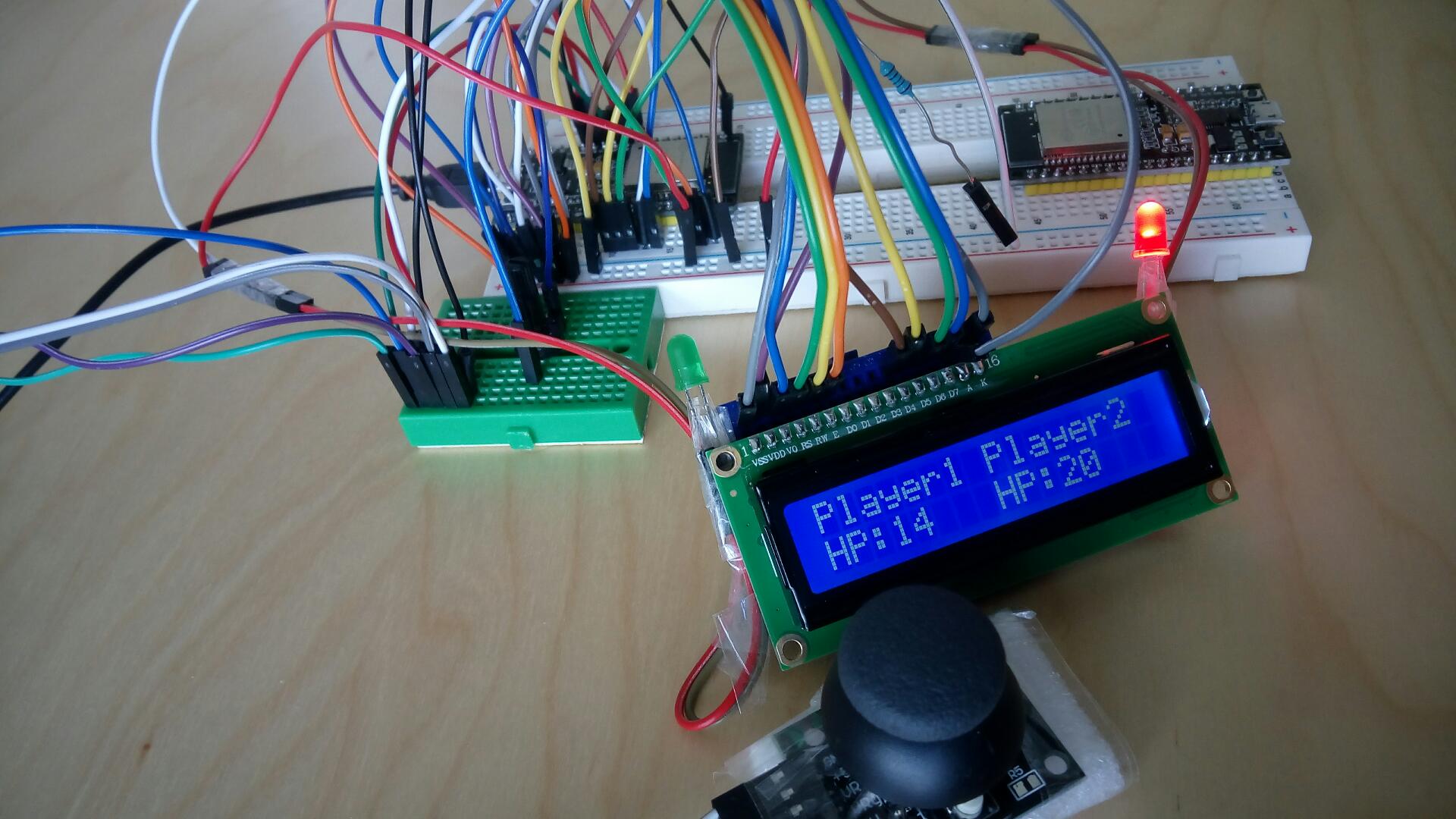 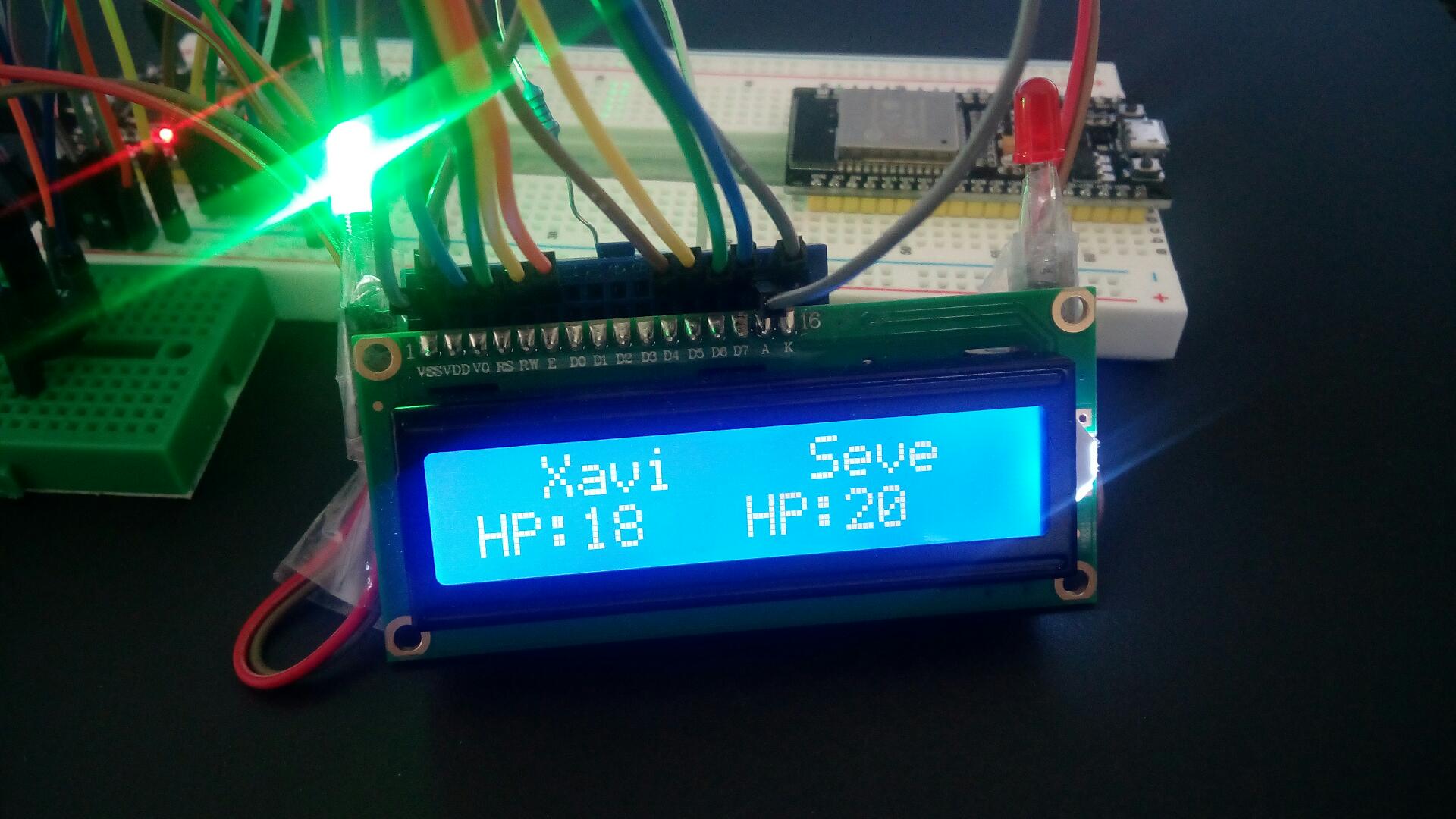 LEDs indicate both player selected(who receives the input) and if desired, player’s active turn. On the upper part of the screen is shown who is playing against who, and at the bottom line, health points left. To control this rudimentary but useful tool, we initially thought on controlling it by buttons, but they needed another board to be placed and some kind of mold to ease their use so they were not extremely attractive to work with. In the end we picked up a joystick, it has 2 analogical buttons (axis x and y) and 1 digital button (the click) and only needs 3 cables of data. Win-win. The good thing about joysticks is even if they only have 2 analog buttons, those can be multiplied as needed. For every axis the micro-controller board makes a reading, which depending on micro-controller’s bit precision can be up to 1023, 2047, 4095, etc etc. Take in account 0 is the first value so it would be 2 power precision bits, minus 1 (2^n - 1). This is because the axis are actually potentiometers that provide those readings allowing more or less current to go through them depending on the angle of the joystick lever. If you normalize the readings considering 0 the at-rest position, then you have 3 possible readings per axis, negative, positive and 0.

When on normal mode, moving up and down (axis y) increases or decreases current player’s health points. Moving left and right switches player selected (change lit LED). When clicking, player’s name selection is toggled and both x axis and y axis are used to go through the list of preset player names for focused player. For now the list of player names is static but leveraging ESP32 network capabilities we will add a server to be able to edit dynamically the names from the phone or computer and even maybe get rid of the joystick and control the counter from them as well.